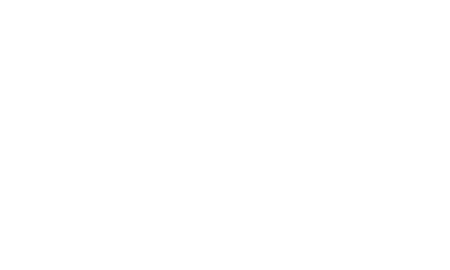 Admission and permanence: The entrance of underage 18 is not allowed. It is forbidden for persons under 18 at the event.

From now on, the purchase of tickets to the Oba Festival (hereafter show or event) or its acceptance at goodwill procedure, implies an automatic, irrevocable and irreversible agreement and subordination to the following rules, terms and conditions of validity, use and fruition:


1. The legal persons are the promoters of the event, engaged to its realization, Geral Producers and the Guichê Web (in charge of the tickets sales), among others, all together, in this regulation, simply designated promoters.


2. The event will take place on 18/02/2023 until 21/02/2023, in the "Alberto Bertelli Lucatto" Exhibition Grounds, São José do Rio Preto/SP, and offers to the guests, attractions, show with bands and artists chosen by the promoters (hereafter, artists and bands denominated, all together, bands), being able to change the local, dates and schedules, by the promoters criterion, upon dissemination by the media.


3. The bands composition, the repertoire, stage set design, time duration and other shows aspects in itself are the bands responsabilities, not having the ticket price refund for frustation of the acquiter´s expectation. In the case of rain or other climate issues, claims, fortuity cases or compelling and/or disturbance of other, the show might be cancelled or postponed, by the exclusive promoters criterion. In situation of a show supension after it is already started and is at least at the half of the show duration, it will not be refunded (total or partial) the ticket price.


4. It will be validated, solely and exclusively, the tickets purchases issued by the Guichê Web System and made by its official sales channels. Every ticket to the event – where it show its face price, sequential number and the place where it allow you access (pista ticket/ground area, camarote ticket/VIP box, camarote premium/VIP primium box), provided that it is regularly issued and purchased, allows only one person and for once to enter the specific area. The entrance to the event´s local is performed by the indicated gate in the ticket on its opening time. Missing approximately 45 minutes (forty five minutes) to the expected end of the shows; the turnstiles and/or ticket redears will be removed from the entrance (so as to unclog the exit), when all tickets expire (extinguishing the entry right to the location), without price refund.


5. The promoters do not allow the resale vending of tickets and are not responsable for the inauthenticity or the price paid for tickets bought out of the official channels of Guichê Web. The promoters will avail themselves of all available means (whether visual or technical) to identify fake tickets, and may the proof of authenticity take some time, making the ticket holder wait until the completion of the procedure. Fake ticket will not allow, under any circumstances, the entrance to the event or compensation from the promoters. Falsification is a crime punishable by imprisonment under any circumstances from one to five years and fine. (Brazilian Criminal Code, art. 298).


6. The ticket prices varies depending of the area chosen by the guest to the show and by other circunstances made by the promoters. The variety of the ticket prices by these circunstances are explicit in the informative available to the acquirer, on the box office and other official sales channels.


7. The ticket or invitation acquirer gets notified that the event will be fully filmed, may occur the sounds and images by the acquirer made, therefore, may be captured, without limitation of material support, time or take. All rights related to the image and the copyrights arising therefrom are already fully assigned and transferred to the promoters - an universal succession, gratuitous and definitive, that is, therefore, free, dismissed and authorized to make the public communication to all and any other use type and exploration (including comercial) of this material, to its sole and exclusive criterion, without form limitation, time or territory and without this usage, to the acquier, the right to any financial compensation or otherwise, resigning him, since then, to the right to inspect and/or aprove the art or final form of the produced piece.


8. The ticket or invitation holder is notify that, unless previously and expressly authorized from the promoters, cannot make image or sound captures for commercial usage inside or in the event sorroundings. The use of photographic and recording equipment are only for domestic use, private and not comercial. The guest recognizes that all images copyright, acting, texts, photographies, vídeos, sounds, musics and others existing contentes, stated, provided, released, interpreted, captured and/or performed in the event, are owned or licensed to the promoters, in accordance with applicable laws in force.


9. Accepting an invitation or purchasing tickets and/or the licensed products, cannot be undestood, by form, title, under pretext and at any time, as a license, assignment or authorization of usage and/or any exploitation of any intelectual or industrial property right related to the bands, as the event or the ownership of the promoters (and/or their contracted services), including, but not limiting the copyrights image, authorial,connected and of informatics, drawings, architectural structures, set design, graphics, visual layout, brands, names, distinctive signs, symbols, mascots, slogans and its variations, regardless of its material support or media.


10. Since all recordings must be for private, domestic and non-commercial purposes, unless expressly authorized by the promoters, it is strictly prohibited: (i) to commercialize, license or, in any event, publish, reproduce or disseminate (notably on the internet and telephony), in whole or in part, any content captured during or within the venue of the event, including photographs, video and sound recordings, and (ii) transmitting any images, sounds, data or comments in any way related to the event or with the bands, by any means, including the Internet, mobile phones, modem, or other fixed or mobile devices.


11. The ticket or invitation holder acknowledges and agrees that he or she may not engage in any kind of commercial activity, promote or advertise any type of service or product within or around the venue of the event.


12. Tickets cannot be commercially resale or be part of promotional campaigns of any kind, including their distribution as gifts and/or awards, except in cases previously approved by the promoters in writing. The ticket holder resold or used in promotional campaigns in violation of this condition will not be admitted to the event neither refunded.


13. Unless prior written permission of the promoters, it will not be permitted, within and/or around the venue of the event: (i) to disclose or otherwise display commercially, politically, ideologically, homo or xenophobic, racial or religious content, including, but not restricted to: trademarks, logos, signs, slogans, messages and images; (ii) carry, wear or distribute promotional material, including, but not limited to: flyers, posters, flags, masks, backpacks, caps, shirts or t-shirts and other clothing accessories; (iii) use or display dolls or sculptures, posters, banners, flags (with or without masts) and the like; (iv) form organized fan clubs or cheering or perform choreographies or gestures that have a commercial, political, ideological, homo or xenophobic, religious or racial connotation.


14. According to the 9.294/96 law, smoking is prohibited in the collective and enclosed areas of the event.


15. The ticket or invitation holder is notified that the sale of alcohol within the venue may be restricted to certain areas and that the promoters may prevent the entry of any person who is already alcoholic, without this entails a refund of the ticket price. The sale of food and drinks at the venue is the sole responsibility of the dealers, without any solidarity from the promoters.


16. It is expressly forbidden to enter and stay at the venue event bearing: equipment capable of fixing sounds and/or images for professional or commercial purposes; animals (except guide dogs); melee weapons (incl. pocketknives and martial arts objects) or firearms, ammunition and explosives of any kind; fireworks; boxes, cans and packages; drinks and food of any kind; sports equipment (incl. balls, skateboards, skates and scooters); illegal substances; chairs and stools; laser pens and sharpeners; musical instruments; luminous devices, signs, posters, advertising, protest or demonstration devices of any kind and for any purpose; sharp or sharp objects of glass or tableware (including retractable or non-retractable umbrellas), sharp or likely to cause discomfort (incl. megaphones, horns and whistles) or injury to persons or damage to property and any items related to the above. The so-called “gun possession” does not nullify the prohibition here. The promoters will not store any of the objects mentioned above.


17. People with health problems or suffering from panic, claustrophobia or any other condition that may occur should evaluate the desirability of joining the event. The promoters are not responsible for the sudden ills that anyone may suffer, especially due to the crowding of people. The medical facilities provisionally installed at the event site only have the basic equipment required by law.


18. In the event of accidents, fires or riots at or around the event venue, the guest or ticket holder is required to comply strictly with the instructions of the promoters and the responsible / competent bodies, notably civil defense, police and fire department. The responsibility of the promoters in the event of any and all losses and damages suffered by the guest or ticket user at the venue and during the event, especially those resulting from accidents, fires or riots, are limited to the foreseen circumstances and amounts, for each type of claim on the insurance policy (es) contracted for the event.


19. The ticket or invitation holder is notified that if he or she becomes involved in any kind of confusion that disturbs the peace of the event, he/she will be asked to leave and referred to the appropriate authorities.


20. The ticket or invitation holder is notified that if he or she withdraws from the event before it ends, he/she will no longer be able to return that day.


21. The ticket or invitation holder is notified that they will be required to present an ID card at the event entrance.


22. Infringement of any of the above terms and conditions or applicable legal regulations and standards, as well as the unlawful or illegal use or trade of the ticket or the violation of any intellectual or industrial property right, shall revoke - without refund of price - the right of entry and / or residence of any person at the event venue, and the promoters may use the police force to enforce this provision, without prejudice to the adoption, at any time, of the appropriate judicial measures.


23. The present term and its eventual alterations - which the promoters reserve the right to carry out at any time and with full autonomy (including to modify aspects related to the event) - are or will be duly registered in the registry of titles and documents indicated on the sales operator's website.